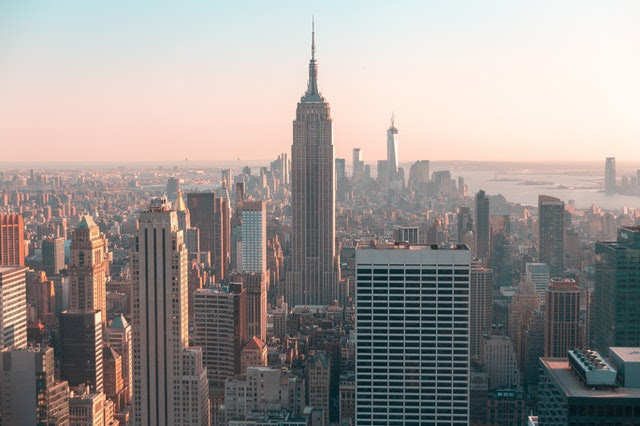 Ah, New York. It’s rightly regarded as one of the best cities in the world, if not the best. It’s been a titan on the global stage for centuries, and though sometimes it goes through rough patches, it’s one of those places that’ll always be around. So it’s little wonder that many people decide to move there. It has, after all, a lot to offer. It’s an exciting destination that offers world-class cultural events and job opportunities. And of course, while there are plenty of jobs, some are better than others. So what are the best jobs in the Big Apple? Let’s take a look.

New York is a leading city in many fields, including finance. You don’t have to be in New York for very long before you notice that there’s a lot of money floating around! And that means that there are a lot of people who need help managing their money. While you can go to Wall Street to make sure, a better and more stable option for the financially sound is to look at a career in financial management. If you know what you’re doing and you’re good at building connections, then you’ll find that a lot of work comes your way.

Another field in which New York excels is healthcare. Some of the world’s best hospitals are located there. And in any case, it’s a city that takes healthcare seriously. Whether you want to become a specialist, general doctor, or nurse, you’ll find a host of well-paying jobs on offer. Another option is to go into healthcare administration. If you have an appropriate degree and can build up experience, then the sky’s the limit when it comes to going far in your career.

New York has some of the best emergency services in the world. You know you’re doing something right when your police force appears on t-shirts around the world, and that’s just the case with the New York Police Department. If you’ve always wanted to be a police officer, then New York could be the place to do it. You’ll need to pass rigorous testing and, once you’re on the force, know what to consider when it comes to NYPD retirement. Between passing the test and retiring, you’ll be on the frontline, defending the general public from crime. Another frontline service to consider is firefighting; like the police, New York’s fire department is world famous.

Finally, there’s bartending. This isn’t a top job in most places in the world, but this is New York, where things are done differently. If you’re an expert at making cocktails, then you might just find that you can earn tens of thousands of dollars each year, especially if you can land a gig working at a bar in one of the most fashionable districts since the tips can be large there.

It’s not easy to make it in New York, but if you’re determined and you’re good enough, then you’ll make it!