If you spend any time at all in the study of leadership, you will come across the manager vs. leader debate. There are all kinds of perspectives on what those titles mean. Perhaps the most famous of remarks about this is from Peter Drucker who said, “Management is doing things right; leadership is doing the right things.”

Later interviews with Drucker would show that he felt there was more in common between management and leadership than division. 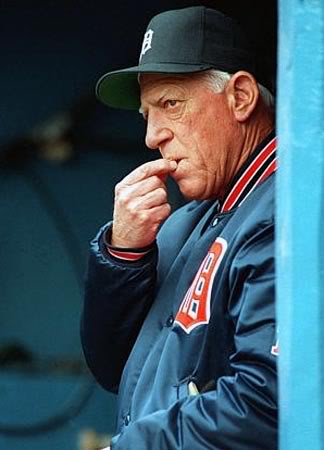 I tend to think that managers need leadership skills and leaders need management skills. One example of this is the baseball manager. Think about it…

1. The baseball manager must understand his players.

Casey Stengel, who managed both the Yankees & Mets said, “The secret of managing is to keep the guys who hate you away from the guys who are undecided.” There’s so much more to it than making sure guys hit, catch, and throw a ball properly. The managers must maintain the momentum of a group of men who might easily become distracted by other venture. The manager must continually deal with players who aren’t happy with something. They must get all of these guys on the same page, headed toward the same goal.

2. The baseball manager must know his players.

Tommy Lasorda, the pasta-loving manager of the Los Angeles Dodgers stated, “Managing is like holding a dove in your hand. Squeeze too hard and you kill it; not hard enough and it flies away.” Leaders don’t simply tell people what to do, they must find the right people who know what to do. They find a way to put the right people in the right positions so the team can succeed.

3. The baseball manager must inspire his players.

Dave Bristol, who managed many teams, is remembered for saying, “There’ll be two buses leaving the hotel for the park tomorrow. The two o’clock bus will be for those of you who need a little extra work. The empty bus will be leaving at five o’clock.” A baseball manager does what it takes to get the best out of his players. He puts them in a position to succeed. He finds ways to tap into their internal motivation. At times, it may look like a baseball manager is sitting in the dugout, watching the game like the rest of us. What we don’t see are the countless hours it takes to put a Major League caliber team on the field. That takes good management skills and good leadership skills.

The title of “manager” often requires the capabilities of “leader.”